Ubiquinol is considered the activated form of the popular nutritional supplement CoQ10—a natural and highly effective therapeutic compound, typically sold in its inactive form. While Ubiquinol has been known by the scientific community for decades, it’s only been available in supplemental form in the last few years. 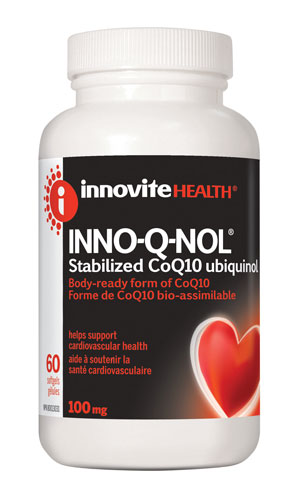 Both forms are great therapeutic agents; however, many people seem to receive noticeably better results using Ubiquinol. The difference could be due to its absorption, with studies showing that Ubiquinol is much better absorbed than standard CoQ10. Its higher absorption and activity in the body resulting in incredible benefits in one particular study on severely ill congestive heart failure patients (who were not responding to maximal medical therapy along with conventional CoQ10), where patients were essentially brought back to life with Ubiquinol.

Since Ubiquinol supplements are still relatively new on the scene, only a handful of studies have been conducted. However, the growing number of studies does suggest anyone taking conventional CoQ10 may attain much greater therapeutic benefits by switching to Ubiquinol.

I should point out, however, that Ubiquinol is a very unstable molecule and can easily, and rapidly, oxidize back to conventional CoQ10. For this reason, it’s important to consider the product and manufacturing capabilities of the brand—otherwise you could just be paying for very expensive conventional CoQ10.

In fact, many Ubiquinol products on the market fail stability and potency tests. So be sure to purchase an established brand with an excellent reputation. It may cost a little more, but you’ll be sure that you’re getting what you paid for.